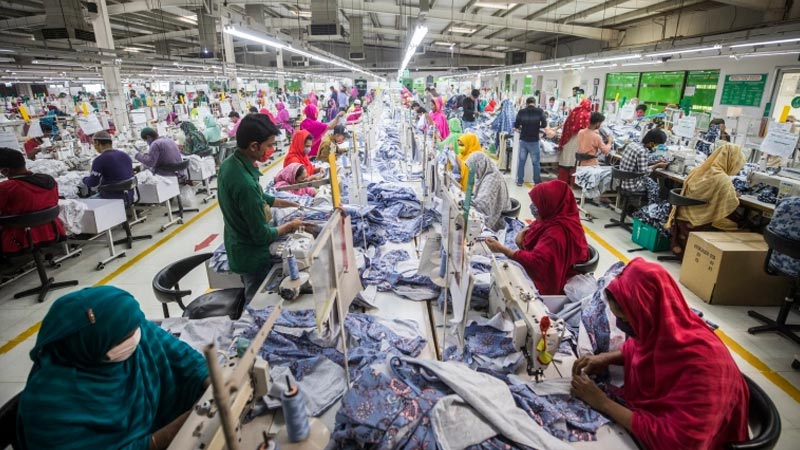 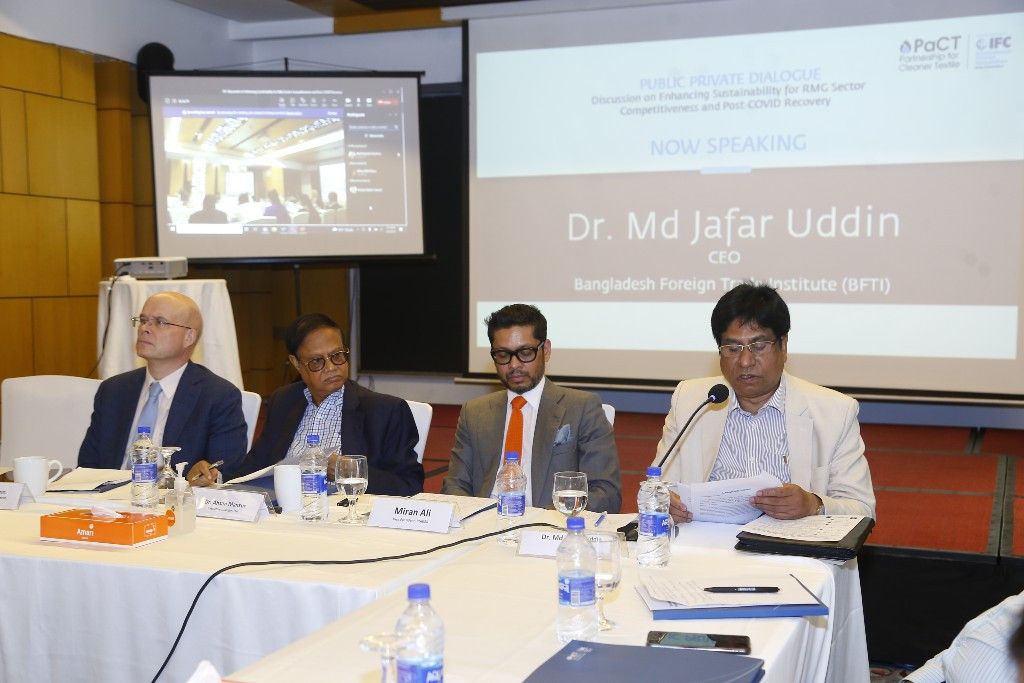 The Dhaka Tribune
Experts: Increase eco sustainability in RMG sector Policy Research Institute (PRI) and the International Finance Corporation (IFC) organized the discussion to enhance environmental sustainability of the sector in the aftermath of the Covid-19 pandemic. Miran Ali, vice-president of Bangladesh Garment Manufacturers and Exporters Association (BGMEA), said that the RMG sector had come a long way since the establishment of IFC’s Partnership for Cleaner Textile (PaCT), which showed the industry a new path of competitive advantage by being responsible and making cost-effective and financially feasible changes in operation that reduce emissions. 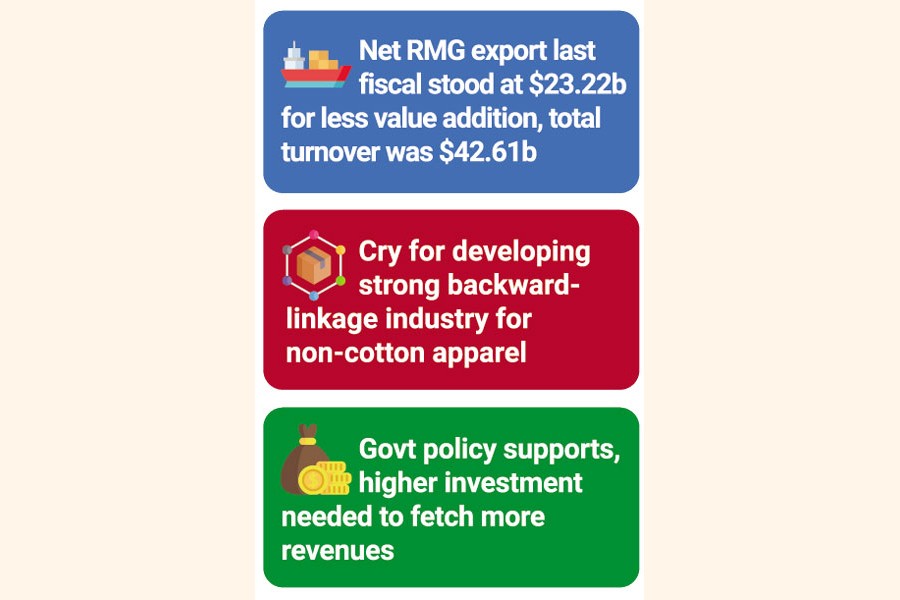 The Financial Express
MMF conversion urgent as RMG value squeezes According to central bank data, local ready-made garment (RMG) items' value addition remained almost static at 60 per cent from fiscal year (FY) 2013-14 to FY 2017-18. The value addition remained lower than the pre-pandemic 64.32 per cent in FY'19, as per the data. Mahmud Hasan Khan, a director of BGMEA says the rate of CM remained almost 'unchanged' compared to raw materials' price hike. To raise value addition, it is a must to have a backward linkage to woven and sweater segments as the knitwear sector, he adds. The exiting fabrics makers cannot fully utilize their capacity due to the shortage of gas, he notes, stressing improvement of current infrastructure. 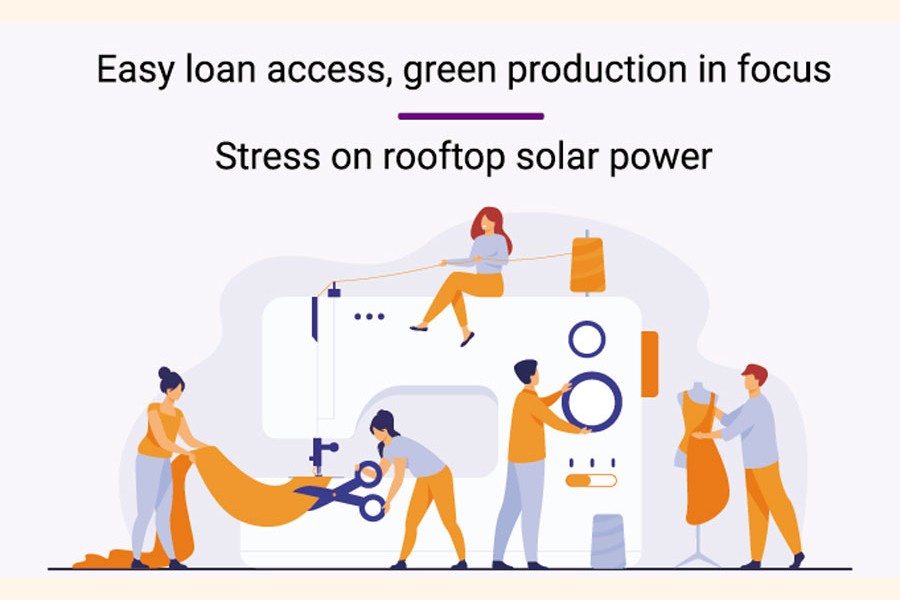 The Financial Express
Sustainability plan vital to RMG sector A long-term sustainability plan, coupled with easier and greater access to finance, is seen vital to help enhance sustainability in the RMG sector. Addressing knowledge gaps and barriers that prohibit smaller manufacturers to get finance, looking into environmental challenge issues and taking steps towards greening production are also necessary. The observations came at a dialogue on 'Enhancing environmental sustainability of the Bangladesh RMG sector in the aftermath of COVID-19'. BGMEA vice-president Miran Ali says the garment sector has come a long way since the establishment of IFC's Partnership for Cleaner Textile (PaCT). PaCT shows the industry a new path of competitive advantage by being responsible and making cost-effective and financially feasible changes in operation that reduce emissions, he adds. Mr Ali emphasises the importance of having a business case around sustainable solutions such as rooftop solar and rainwater harvesting in the sector. 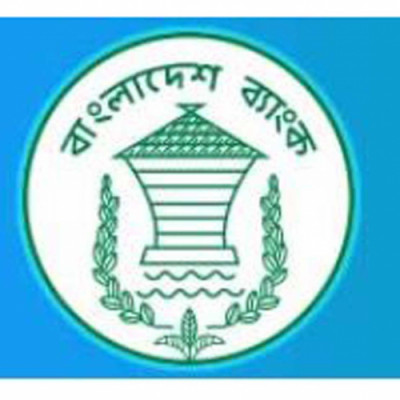 The Daily Star
BB eases rules on encashment of export proceeds The Bangladesh Bank yesterday eased rules on the encashment of the value-added portion of repatriated export proceeds in order to bring flexibility to trade transactions. On May 29, the central bank asked banks to convert major export earnings of businesses into the taka immediately as it looks to increase the supply of US dollars in the economy. 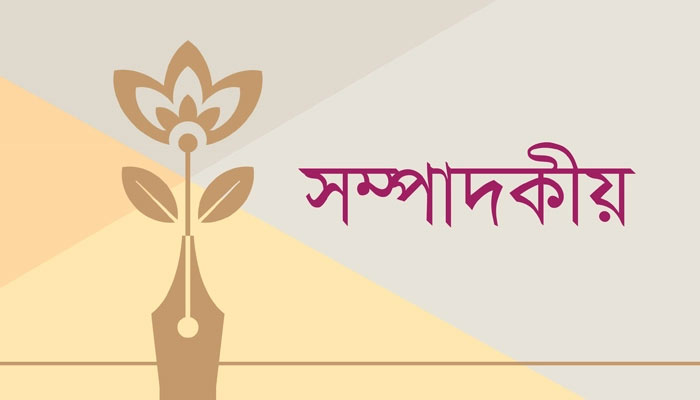 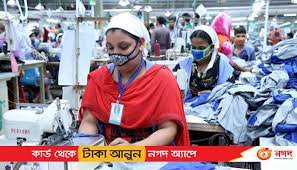 The New Age
RMG sector needs long-term sustainability plan: discussion Miran Ali, vice-president of the Bangladesh Garment Manufacturers and Exporters Association, said, ‘The garments sector has come a long way since the establishment of IFC’s Partnership for Cleaner Textile (PaCT), which showed the industry a new path of competitive advantage by being responsible and making cost-effective and financially feasible changes in operation that reduce emissions.’ He emphasised the importance of having a business case around sustainable solutions such as rooftop solar and rainwater harvesting in the sector. 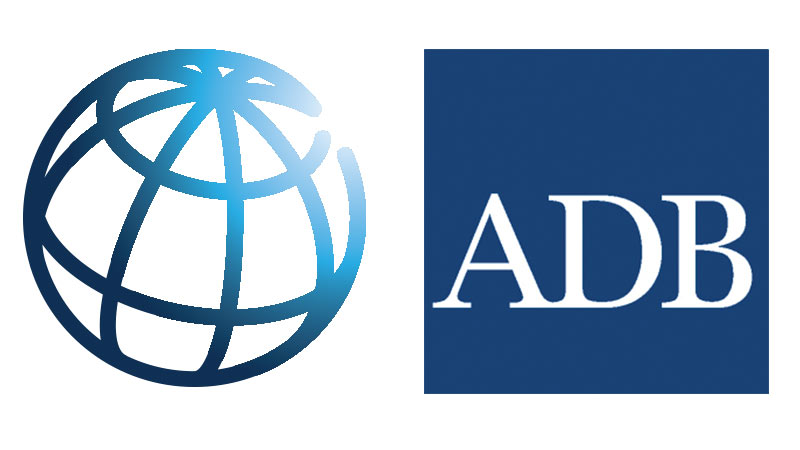 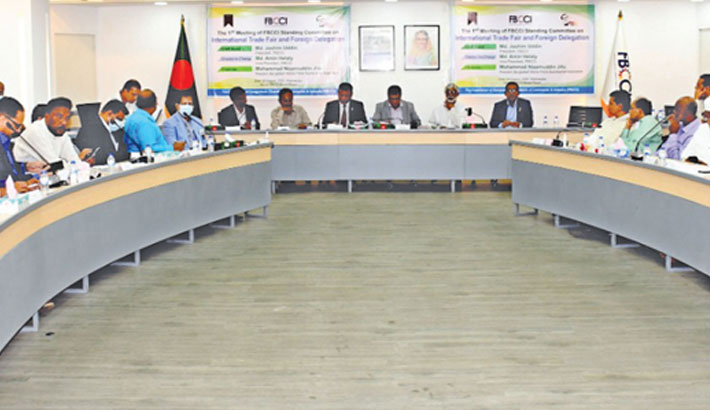 The Daily Sun
Stress on sector-based trade exhibitions Trade exhibitions can play a crucial role in expanding and flourishing different economic sectors of Bangladesh, said FBCCI President Md. Jashim Uddin. Bangladesh’s top trade body leader was speaking at the first meeting of the FBCCI Standing Committee on International Trade Fair and Foreign Delegation held at the FBCCI office on Wednesday. He joined virtually. Federation of Bangladesh Chambers of Commerce and Industry (FBCCI) president said that international exhibitions played a role in the development of the sectors like plastic, textile, and pharmaceutical.

The Daily Star
Should Bangladesh go for alternative currencies? The US dollar is currently one of the most talked about issues. This is because the American greenback, which had been stable against the Bangladeshi taka for several years, has become dearer from the initial months of 2022.As per Bangladesh Bank rules, banks are allowed to maintain foreign currency clearing accounts with the central bank in the US dollar, the pound sterling, the euro, the Japanese yen, the Canadian dollar, and the Chinese renminbi.This means businesses can already carry out international trade transactions by using the currencies along with the US dollar. But a majority of local exporters show reluctance in settling their global trade using currencies other than the US dollar. 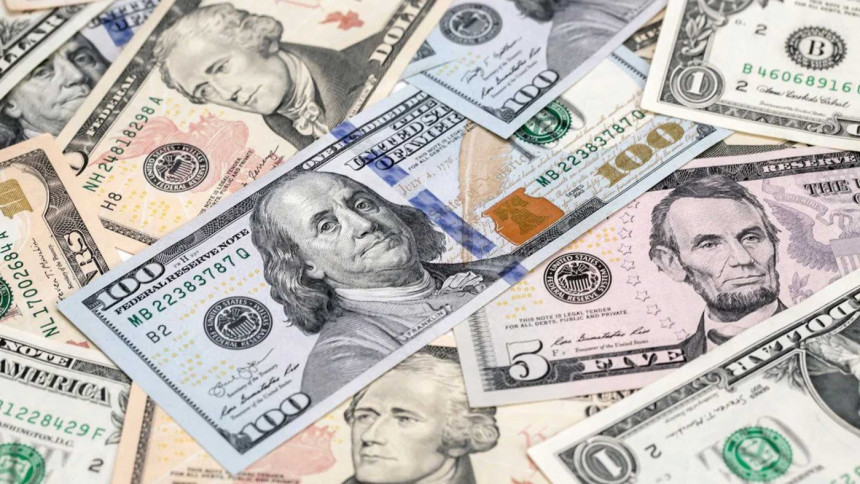 The Daily Star
Countries in trade with Russia without dollar The emerging multi-polar world is now trying to reduce the use of the greenback in their trade after the US and EU imposed multilateral sanctions on Russia. The US, European Union, Canada, Japan, Switzerland and the UK have imposed economic sanctions on Russia since it invaded Ukraine in February. In March, the US and the EU cut off Russian banks from SWIFT, the global financial artery that allows the rapid transfer of money across borders.