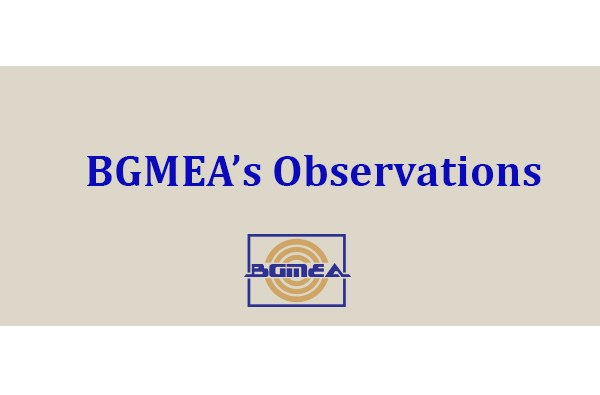 One of the core principles on which RSC is founded is that it brings all critical stakeholders on one single platform with equal voice and authority.

•  The Brands, Manufacturers and Trade Unions forming RSC are committed to upholding the criteria outlined by the signatories including Accord witness, which are essential for the success of the RSC.

•  Recalling the Transition Agreement signed by BGMEA, BKMEA and ACCORD, the RSC is fully committed to high level of transparency as practiced under the Accord, as well as RSC commits to implement a boiler safety inspection program in line with national directive.

•  Furthermore, a Cooperation Agreement (CA) was agreed and signed between the Accord and RSC to ensure the RSC, and the Accord Foundation shall cooperate in good faith to implement the commitments made under the Transition Agreement. This is, in essence, the founding spirit of RSC to carry forward the accomplishments made in the area of workplace safety in Bangladesh, which needs to be upheld.

•  To date the Accord/RSC has handled 733 complaints and delivered 792 safety trainings.

•  RSC has launched its ‘deep dive’ pilot programme to improve the number of factories who would successfully complete all initial findings.