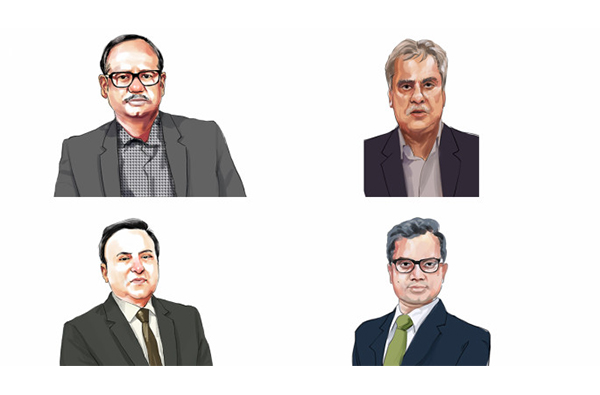 The government’s decision to keep factories closed for 14 days under the stricter lockdown could turn into a suicidal move for the readymade garment (RMG) industry, apparel makers say, adding that the decision came just as their earnings began to reach pre-pandemic era levels.

Industry leaders also expressed their concerns over the government’s move to ease lockdown restrictions for a week, claiming that it will cause the Covid-19 situation to further deteriorate in the coming days as millions of people will head to their homes during that period.

The Cabinet Division on Tuesday announced that the ongoing restrictions will be relaxed from 14 July midnight till 6am on 23 July to facilitate trade and economic activities centering Eid-al-Adha. A stricter lockdown will resume from 6am on 23 July to 5 August midnight.

If Eid holidays are taken together, the industry will have to stay closed for at least 18 days in a row, which apparel exporters say would be too big for them to cope with.

“Bangladesh exports around 40% of its apparel items during this period. A factory closure at this crucial time might cause our buyers to cancel their orders, which will cause heavy losses to the RMG sector.”

He added that the buyers might even shift their orders for spring and summer seasons to competing countries.

The National Technical Advisory Committee on Covid-19 had been recommending the government to impose stricter lockdown for some time over concerns that if this move is not implemented, the already rising infections across the country will spiral out of control.

Meanwhile, the Cabinet Division set the time frame for resuming stricter lockdown after Eid-al-Adha considering the fact that the factories usually remain closed during this period. So far, all factories, including the RMG ones, had been kept out of the purview of such restrictions.

Bangladesh’s apparel export has rebounded since April on the back of rising shipments for the winter season.

Commenting further, the BGMEA vice president said, “We will announce Eid holidays on 19 July and 6 August is a Friday. Overall, our factories will remain closed for 18-19 days. This is a bit too much.

“A shutdown till 30 July would have been more appropriate.”

On easing lockdown restrictions, he said, “Though the government had announced this move to curb the spread of Covid-19, this decision might end up further increasing the infections because the workers will leave to visit their native homes and then return to Dhaka.

“The authorities should impose more restrictions on people’s movement during this one week, aside from declaring the time as Eid holidays. This move will be a much better alternative to the stricter shutdown after Eid.”

Fazlul Hoque, managing director of Plummy Fashions Ltd – the greenest knitwear factory of the world, said on the issue, “Just when the apparel industry was on the path to recovery, the government announced a sudden lockdown for two weeks. This move will have a disastrous impact on our recovery process.

“The duration will actually be about three weeks including the Eid vacation and weekly holidays, which might motivate the workers to visit their native homes amid the pandemic. If this happens, the pandemic will get worse as rural regions lack adequate medical facilities.”

Hoque also claimed that Bangladesh has no record of a widespread outbreak of Covid-19 in industrial areas during the pandemic.

“The apparel makers are now busy securing orders for the next spring and summer seasons, which is a big opportunity for us to achieve a better performance in the coming days. But the long shutdown has put us in an uncertain situation,” he added.

The apparel maker also expressed concerns over the possibility that the buyers might move to alternative sourcing countries despite their higher prices if Bangladesh’s RMG industry is shut down.

Some of Bangladesh’s competitors in the RMG sector are China, Vietnam and India, and their pandemic situation is gradually improving, he said.

Fazlul Hoque, who is also a former President of Bangladesh Knitwear Manufacturers and Exporters Association (BKMEA), said the RMG workers are now busy with orders meant for the next winter.

“If we fail to ship the orders by sea, then those would require costlier air freights to reach the retailers,” he added.

Team Group Managing Director Abdullah Hil Rakib, also a director of the BGMEA, said, “We are under pressure to ship winter apparels within July to August. As the lockdown is in place, we do not know what to do. But we will have to comply with the government decision.”

“Due to the ongoing lockdown and shipping crisis, the apparel exporters get raw materials after one month of ordering those. For the same reason, we also have requested the buyers to accept the shipments at the end of July, which were supposed to be shipped in May.”

“We do not know what will happen if we send May’s products in August,” he added.

Shovon Islam, managing director of Sparrow Group, said, “Initially we planned to keep the factories closed from 18-27 July for Eid. But the government has decided to impose a strict lockdown from 23 July to 5 August.

“Factories are open in all the South Asian countries such as India and Vietnam. If we keep the factories closed for that long, it will be suicidal in terms of delivery and shipment,” said Shovon.

“It will put us back to such an extent that it will take six months to recover as every production and shipment is planned back-to-back. The cascading ripple effect and the hit to the reputation of our customers will be disastrous,” he added.

He said the alternative could be imposing the lockdown on 20-29 July, and factory reopening on the last week of this month. “This will help us minimise the production and shipment delay as the workers will also be able to celebrate Eid during the holidays.”

M Shahadat Hossain, chairman of the Bangladesh Terry Towel and Linen Manufacturers and Exporters Association (BTTLMEA), said if a factory owner has to incur Tk2 crore bank interest a month, a 15-day factory closure for him means a gap of Tk1 crore.

“Some of the Western countries have reopened everything while others are to follow suit. Now if we fail to maintain the supply to the export markets, they certainly will switch to alternative sources. For me, the government decision is reckless,” he noted.

Hossain said they were in talks with the government over the issue.

On 23 April 2020, the government reopened some public offices during the holidays to salvage the virus-hit economic activities. On April 26, the export-oriented apparel units were allowed to reopen, maintaining the health safety guidelines.

According to the BGMEA data, a total of 2,352 RMG workers have been infected by Covid-19 so far, and 8 of them died. The sector employs roughly 40 lakh workers.