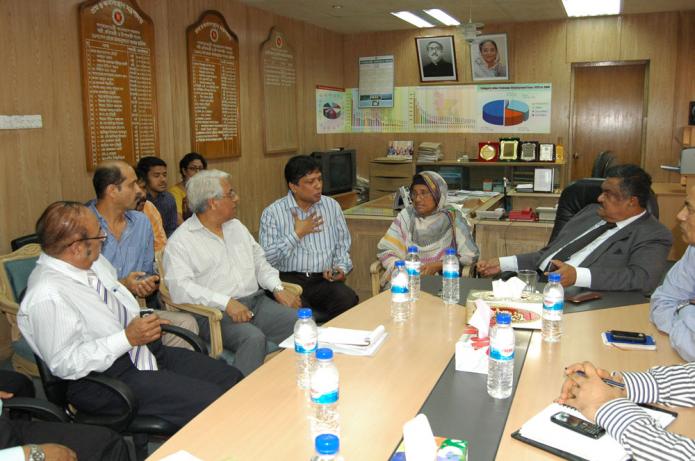 The national minimum wage will be announced in three months and is expected to come into effect before the Eid, Labour and Employment Minister Khandaker Mosharraf Hossain said yesterday.

"We hope that the workers will soon start getting the benefits of the national minimum wage," he told journalists after a meeting with the leaders of Bangladesh Garment Manufacturers and Exporters Association at the ministry.

Mosharraf Hossain, however, did not quantify the national minimum wage. It will be fixed on the basis of the recommendations of the committees comprised of workers and employers in different sectors, he said.

Trade union leaders recently demanded that the government must not set the national minimum wage below Tk 5,000 considering the rise in prices of essentials and services.

There is no national minimum wage now. The minimum wage for workers in the ready-made garment sector is Tk 1,664.

The minister said the government would soon consult the BGMEA about providing workers with gratuity in the RMG sector.

He said there had been "conspiracies by outsiders" behind the untoward incidents in the RMG sector.

Some of the conspirators had already been identified and they will face action, the minister said.

The recently-formed seven committees on crisis management in Narayanganj, Gazipur, Savar and Dhaka will start functioning fully soon, said Mosharraf Hossain, also in charge of the Ministry of Expatriates' Welfare and Overseas Employment.

The lawmakers in the constituencies concerned act as advisers to the committees that also include representatives from intelligence and law enforcement agencies and textile sector, said the labour ministry in a press release.

BGMEA Acting President Nasir Uddin at the meeting told the minister that the entrepreneurs in the RMG sector are very concerned about the escalation of worker unrest.

The government and the entrepreneurs have taken the initiative to increase the minimum wage in the RMG sector, he said, urging the government to take actions against those involved in the "conspiracy".