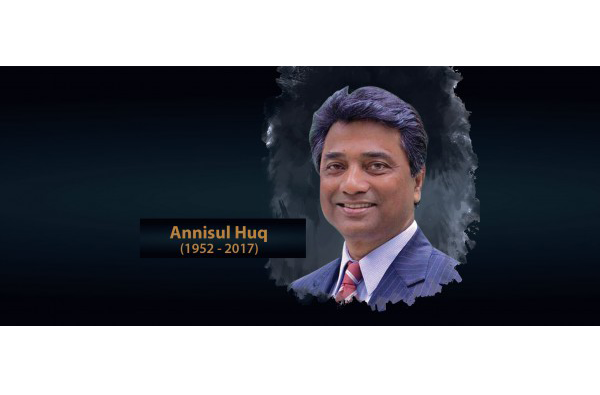 We remember Annisul Huq with deep love and respect

Today is the 3rd death anniversary of Annisul Huq, a visionary leader and change-maker who is deeply respected and remembered for his contributions he made to ensure well-being the Dhaka city dwellers.

Passed away on this day in 2017, Mr. Huq’s memories still are afresh in minds of Dhaka people due to the development works he undertook as the Mayor of Dhaka North City Corporation.

The late mayor led an eventful life. Starting career as a television presenter he became a successful entrepreneur whose business interest spanned over readymade garment to power generation to information technology to real estate to agro-based industry and to media.

We remember Annisul Huq with deep love and respect and pray for his eternal peace.